Traincamp, or why go by train to Green Culture festival in Montenegro 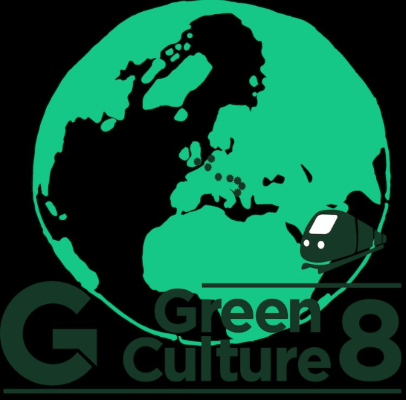 As artists, makers and other creatives set off around Europe this summer for workshops and camps, a growing number are opting to use the train. Makery spoke to the organisers of the Train Camp that goes by train this week to the Green Culture festival in Montenegro.

This week, voyagers to the 8th Green Culture festival in Montenegro will be able to travel in a « Train Camp » organised by Vesna Sokolovska and Susie Ambrose, in collaboration with the Turn Club. The train departed monday from London, stopped on the 4th in Amsterdam, and is going via Brussels – Munich – Vienna – Budapest – Belgrade, to reach Montenegro by the 8th – with activities, brainstorming sessions, workshops, and think-tank discussions on the way.

Vesna Sokolovska: “Primarily aimed as a CO2-reduced travel option to Green Culture, I’ve been developing the Green Culture train travel idea since the inception of the project to also develop the slow networking side to it and to take proactive pause from technologies encouraging human interaction towards a shared vision… We are the practical and creative dimension of the no-fly movement. Not merely as a protest, but first as a recognition of the beauty, connection and focus that slower travel can offer.”

Merlijn from the Turn Club adds: “When I was asked to perform last year at the Green Culture World gathering, I had a tight schedule with other concerts so I was preparing to book flights. At that moment I experienced a very emotional confusion and feeling of guilt. It was just too ridiculous to fly somewhere in order make an artistic statement against climate breakdown II decided to cancel my performance, and change the way I organise my life. And to make this impactful, I created a whole campaign to take others with me and to bring the option of international train travel on the radar.” Another participant from Amsterdam, Peter De Koning of Embassy of the Earth, is even cycling all the way back, 3000 km from Montenegro, towing a cart with a drum kit.

It’s not the first time artists and activists organise a train trip. Indeed artists and trains have an interesting history. Artrain USA ran a rolling exhibition drawn by a vintage Union Pacific engine from 1971-2008 and still runs a programme to this day. More recently, in 2013 the internationally renowned artist Doug Aitken organised Station To Station, a 4,000 mile train journey across the US with internationally renowned artists and musicians such as Olafur Eliasson, William Eggleston, Patti Smith and Beck, which resulted in a full-length movie and a art project with 30 artists films of 15 seconds.

In the troubled Ukraine, the “Gogol” Art Train took visitors to Mariupol’s “GogolFest” recently in April of this year. Ukraine’s Minister of Infrastructure Volodymyr Omelyan: “People will come to Kyivska Station, paying tribute to the great Ukrainian writer Mykola Gogol, and will travel to Mariupol in an art train. I am convinced that this art train will travel all over Ukraine, thus uniting it, giving a signal that the code of Ukraine is a long, majestic story, which thousands of years and nothing will ever win,” Mariupol is where the Russian army stopped in its threatened invasion of Ukraine.

Juha Huuskonen, Director of Helsinki International Art Program, one Europe’s biggest and most well-resourced artists residency programmes, recently blogged his “slow travel from Helsinki to Venice and a number of artists are blogging increasingly lengthy journeys to HIAP residencies. Also in Finland, the long distance train taking people to the Bio-Arctica is becoming a sociable slow travel experience. Recently, the Guardian in the UK published this article on the no-fly movement while The Man in Seat 61 has become a popular and versatile website for negotiating the Trans-European routes. As Green parties gain a increased balance of power in the recent European elections let’s have a quick look at the history of seeking alternatives to the plane and the arguments surrounding it.

In 2010 the UK media art organisation Furtherfield decided to put into practice Gustav Metzger‘s Reduce Arts Flights (RAF) manifesto, réduire les vols pour l’art) and organised a train trek from London to Istanbul via Ars Electronica in Linz, making a pledge to ‘not fly for art’ for a year and blogging all the way. I accompanied Furtherfield on that trek to take part in ‘Interdependence Day’ in Istanbul, though I have to admit I flew back.

9 years later, following the IPCC 1.5 report on the coming climate emergency there are several campaigns where individuals can pledge not to fly, including one for climate scientists (who travel to many international conferences themselves) called No Fly Climate Sci. Not everyone agrees. In a recent article in Medium, it was argued that aviation only amounts to 3% of carbon emissions (a figure often cited by the aviation industry) and that it might be better to develop cleaner aviation strategies such as electric planes. It argues that the mobility of people in the global south relies on flying and the no-fly movement could be regarded as an activity of the privileged of the northern hemisphere. However the Aviation Environment Federation disputes the 3% figure stating “Aircraft emissions are more harmful than those from other sources. This is because the non-CO2 greenhouse gases emitted by aircraft have an impact mainly in the upper atmosphere.”

A train for the Balkans

Why was Traincamp in the Balkans? Sokolovska: “The Green Culture Train Camp is the first steps towards raising awareness of the train travel for the Balkan region where air travel is percieved as a form of luxury people are choosing as a lifestyle. Our aim is to change that perception and give the train travel more adventurous flare making it more enticing type of “Orient Express” experience bringing back the excitement of the exotic travel to faraway lands…while meeting and exchanging ideas with diversified community of fellow like minded travelers.”

There are also political reasons for the Green Culture gathering in Montenegro. Sokolovska: “One of the conditions for Montenegro’s accession to EU was opening negotiations on the Chapter 27 on the Environment and Climate Change which was opened in Brussels in December 2018. This is one of the main drivers for Montenegro to look at these burning and urgent issues we as humanity are facing. We at Green Culture on the other hand are working tirelessly to demonstrate the necessity of interlinking different sectors and putting our heads together for achieving tangible results and finding hands-on effective solutions for tackling the biggest challenge our civilisation is facing. We recognise the power and the amplified voice the creative sector is offering as one of the most influential sectors in the society, to raise awareness, spread the word and bring people on board for a meaningful global action.” 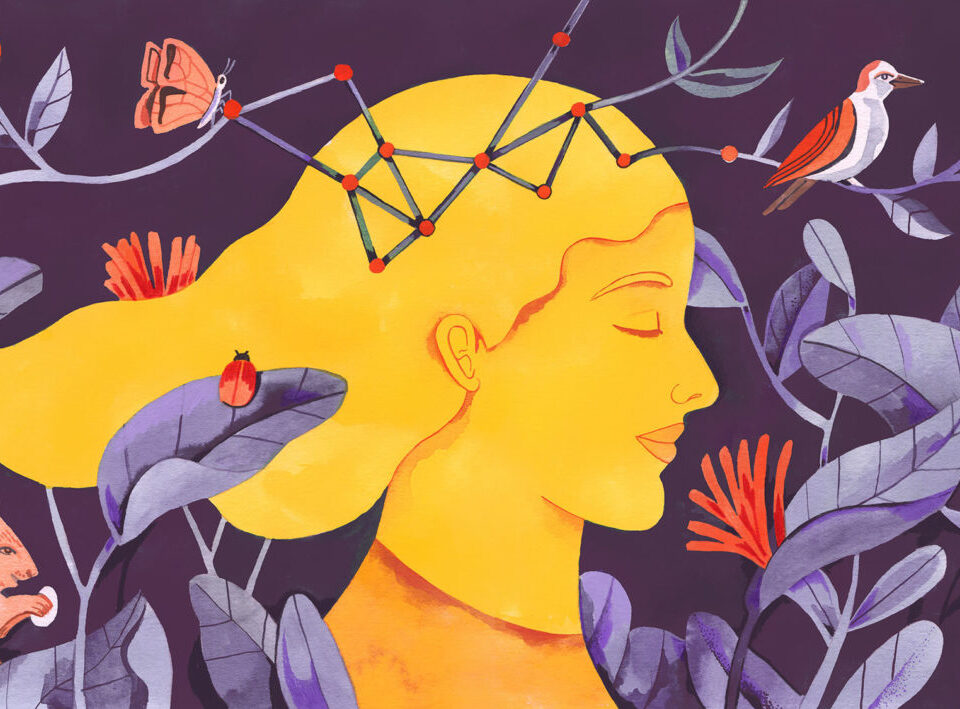 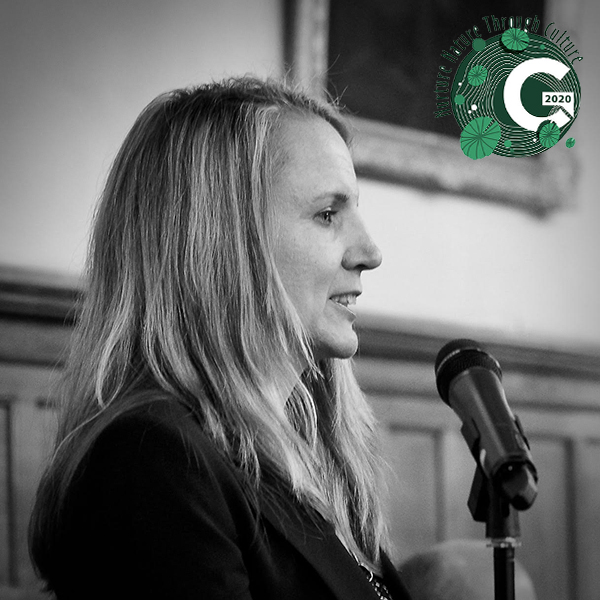 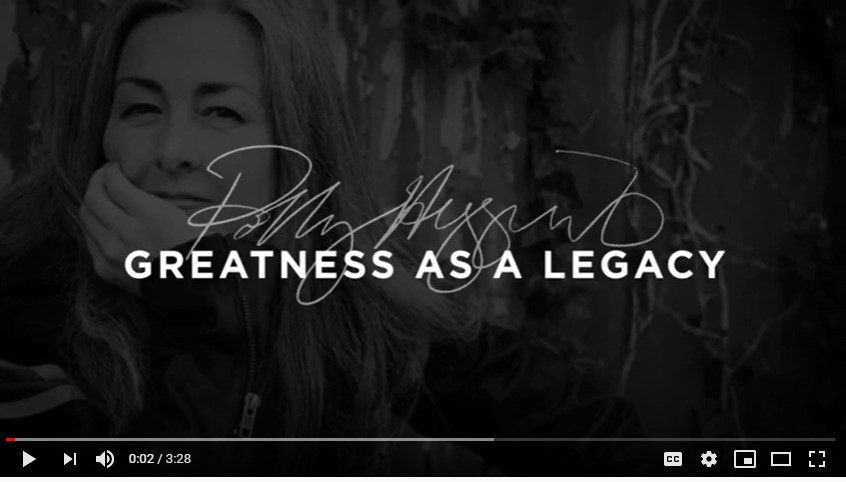