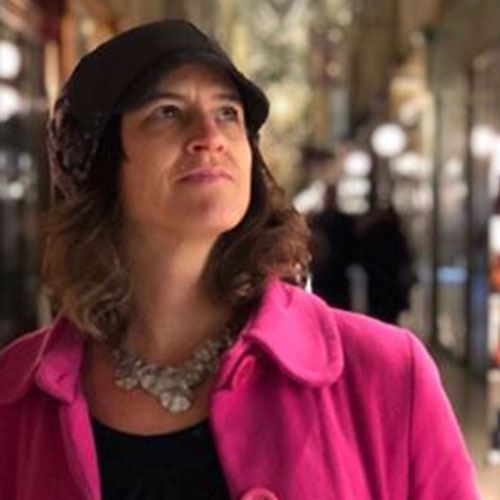 Kristin’s films provide viewers with immersive and visceral experiences that inspire action and transform minds. She is known internationally for her award-winning films, including “Forms of Identification” (2011), and “The Spinster” (2013 – Jury Prize, Boston Bike Film Festival 2014), “Velo Visionaries” (2015-2017), an award-winning web series about urban cycling, and “The Invisible Mammal” (2016), an award-winning short film series about bats. She co-produces the podcast, “Eyes On Conservation,” that documents stories from the frontline of the environmental movement.

Kristin has worked as a producer and editor on feature documentaries that include Sundance Audience Award winning “Fuel” (2008), PBS/Independent Lens film, “Power Paths” (2009), and festival winner, “Love Thy Nature” (2014).

Kristin holds a Master of Arts in Television, Radio and Film from the S.I. Newhouse School of Public Communications at Syracuse University, where she received awards from the National Academy of Television Arts and Sciences in screenwriting and sound design. She also holds a certificate in Sustainability from City College of San Francisco.