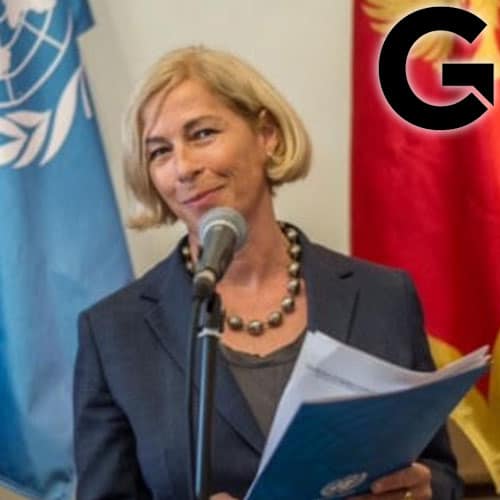 Ms. Fiona McCluney (United Kingdom) has been appointed as UN Resident Coordinator and UNDP Resident Representative for Montenegro in June 2015.

Prior to this appointment, Fiona worked with the United Nations Human Settlements Programme (UN-Habitat) as Chief Technical Adviser and Head of their Country Office in Palestine (2012-2015), and in Iraq (2011-2012). From 2008-2011 she served with UN-Habitat in Iraq as Head of Urban Governance, Land and Housing. Before joining UN-Habitat, Fiona was a Senior Policy Consultant with GHK International Consulting Ltd., an employee-owned economics and development consultancy in the UK and worked as a Planning and Policy Officer in various UK local government positions. Fiona has over twenty-five years of experience working as an Urban Planner in the public and private sectors. She was selected as a trainee under the UK Government Associate Professional Officers Scheme, and from 1987 to 2005 she lived and worked in Anguilla, St. Helena, Pakistan, China, Hong Kong and India.

Fiona holds a B.A. (Hons) from Oxford Brookes University, England and an M.Phil. in Urban Design and Regional Planning from Edinburgh University, Scotland.