Welcome To The World Of Green Culture 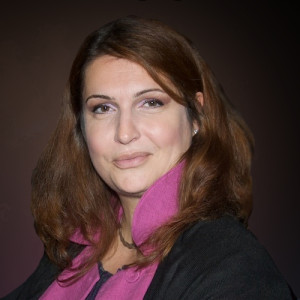 Founder and Visionary Vesna Sokolovska Jovićević FRSA, is the founder and visionary behind the Green Culture project. She is a cultural manager and producer, leading the NGO Krug, based in London, with branches in Podgorica and Cetinje, Montenegro and Skopje, Macedonia.
She’s been author of numerous pioneering projects and has been promoting the Balkan Cultures in the UK since 2006 through series of cultural events, such as arts exhibitions, theatre performances, film festivals, concerts, literature readings, as well as educational projects on different subjects.
Through her work she is actively promoting the environmentally sustainable creative sector through raising awareness and hands-on activities such as the 3rd forthcoming Green Culture Fest and conference in September 2015.
She’s been also part of Al Gore’s Climate Reality Leadership Team. Vesna is a supporter and part of her local Friends of the Earth group, and a member of the Royal Society of Arts as well as a member of the Institute of Fundraising from London, UK.
She loves crafts and jewelery making in her spare time, she was actively training swimming in her teenage years and she’s passionate about bringing people together, creating successful partnerships between them. She is the mother of Leno (20), Luka (16) and Viktor (13) and proud keeper of 4 wonderful cats.