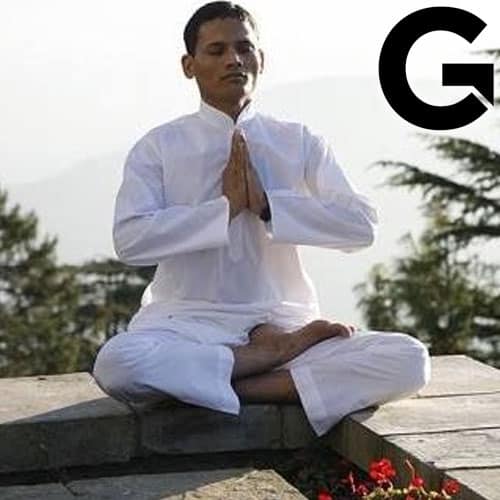 Dinesh is our guest yoga teacher.
He was born India and he has been athletic throughout school and college; he has participated and won many medals at the State and National level in various sports but mostly long distance running. He has gone on to achieved a Masters in Yoga & Naturopathy, Bachelors in Physical Education, Masters in Arts (Subject – Hindi) and a Diploma in Yoga.

Dinesh began his career as a Yoga Instructor with the top spas in the Himalayas and has been in wellness industry for more than a decade. He has worked with the highest ranking Resorts and Spa’s in Asia with Oberoi, and Six Senses in top management position. With his yoga he has travelled through exotic places such as South Korea, Singapore, Dubai, but also Serbia, Turkey, Bulgaria and Montenegro as a wellness expert before joining Eastern Vibration as a Business Development Manager. During his tenure he has mastered Watsu Therapy, Sound and Vibration Therapy, Eastern and Western massage techniques etc which will be available at the Green Culture 7.