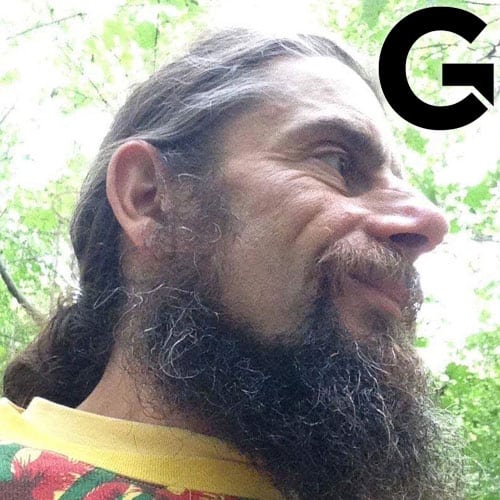 Author, Musician, Herbalist and Forager
Founder of The Culinary Caveman, UK
KARL ELLIOT-GOUGH was conceived in the Summer of Love and having been born whilst students demonstrated in France, US and Hungary, he has a definite revolutionary streak running through his veins. He studied archaeology and anthropology at UCL, took techno music to SE Asia (Thailand and Indonesia), and is a former musician, producer and record label owner (Hertz and Frequent Soundz). His research over the past ten years writing The Seven Deadly Whites (sugar, milk, flour, fats/oils, salt, rice and lies) led him to become a herbalist and nutritionist, and to start his own food supplement business (The Culinary Caveman) and can sometimes be found taking foraging walks and talks at festivals.Having finished his first book The Seven Deadly Whites (released on Earth Books 2016), an expose of the food and pharmaceutical industries and how with their dominance and the processing of the food chain, we have become susceptible to the diseases of civilization (cancers, heart disease, dementia, diabetes, depression and many more). His new book Seven Plants to Save The World, shows how just seven plants can cause a seismic shift in the food, health, economic and theological systems. It’s going to be revolutionary (to be released in summer 2018).He lives in the Sussex countryside with his wife and 4 children and enjoys West German ceramics, a theremin, things megalithic and anthropologic, cycling fast and foraging slow.